We are leading nursing and rehab center. Learn more about facility.

St. Anthony’s is a community leader in the skilled nursing and rehabilitation field. Our facility is located in Rock Island next door to Augustana College, just minutes from Trinity Medical Center West and the Illini Medical Center.

If you are looking for a new home for your loved ones, we offer furnished private and semi-private suites. We have a dedicated staff that shares a common goal of giving the best care possible to your loved one. Whether it be long-term care, skilled nursing or respite stay, St. Antony’s Center can accommodate all of your needs. 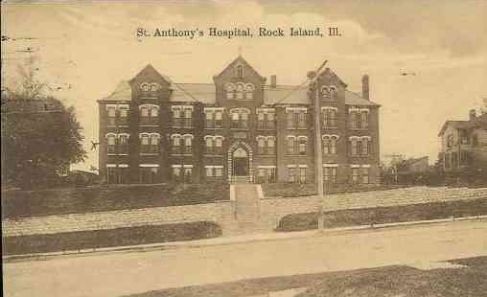 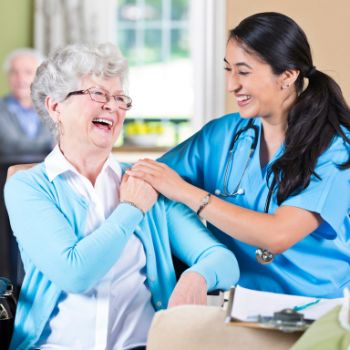 St. Anthony’s offers around-the-clock skilled nursing care tailored to individual needs. Our team of Nursing professionals is trained to handle the most complicated care needs to the basic care needs, with a smile on their faces.

When recovering from a fall, surgery, or sickness, the rehabilitation process can be stressful. St. Anthony’s is here to help you and your loved one through that process by offering a specialized recovery plan designed for each individual with physical therapy, care and attention. So, no matter if your stay is for a short period of time, or for an extended amount of time, we have a care plan that works best for the needs of the resident.

In 1891, Father Thomas Mackin, pastor of St. Joseph’s Catholic church, invited the Franciscan Sisters of Little Falls, Minnesota to start a hospital here.  At the time, there were only inadequate private medical facilities.  A hospital that was open to the public and that would serve both Rock Island and Moline was desperately needed.

The sisters didn’t arrive until 1893, and they immediately opened their first hospital in a 10-room brick house that was purchased from Thomas McEniry.  The property also contained 2 acres and had 175 feet of frontage on 30th Street.  The hospital was such a success that within a year it proved too small.   An addition was being constructed, but a fire burned it to the ground before it was occupied.  Undeterred and with great community financial support, especially from their contractor Mathias Schnell, another 35 bed addition was quickly opened in 1895.

Over the years, the facility grew. At its maximum, St. Anthony’s was a 240-bed hospital. In 1972, the hospital operations were transferred to Franciscan Medical Center, now Trinity Rock Island.  As the transfer was completed, the facility reopened its doors as St. Anthony’s Continuing Care Center. Today, the center is a 130-bed skilled-nursing facility that offers long-term and short-term care, including respite, restorative and post-surgical care.

“Today marks a new chapter in the history of St. Anthony’s Nursing and Rehabilitation Center,” said Raj Shah, CEO of the center. “We hope that people will see how much we value the history of this fine facility.”

The care center also offers physical, speech and occupational therapy in its new therapy department overlooking a rose garden and water fountain. Koenig said the physical therapy area once was the emergency room for the former hospital. Many of the original features, including the turn-of-the century traditional Catholic Chapel with original stained-glass windows were preserved. A museum with more 150 artifacts was added.

We helped patients who had been diagnosed with various diseases. Every team member makes a difference at our nursing and rehab Centre. We continue to provide innovative treatments and compassionate care to help improve patients’ quality of life.